More Than a Century of Growth 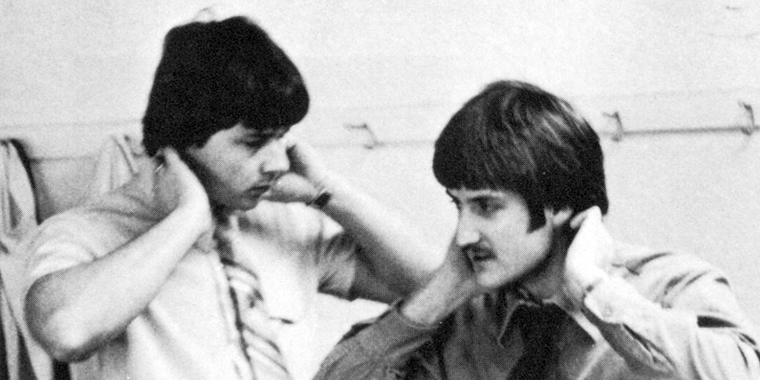 The osteopathic profession has expanded across the globe and is improving the well-being of the communities we serve.

In 2017 the osteopathic medical profession marked its 125th anniversary, and it has grown steadily since its humble beginnings in 1874 when Andrew Taylor Still, DO, first developed the profession’s philosophy of caring for the whole patient. “As doctors of osteopathic medicine, we continue to fulfill Dr. Still’s insightful vision of helping people heal through treating their minds, bodies and spirits,” said Jay Danto, DO, KCU-Joplin’s chair of Osteopathic Manipulative Medicine. “Dr. Still recognized, more than 100 years ago, that when you use the body’s own resources to heal, there appears to be fewer adverse reactions."

The United States is expected to experience a shortage of between 42,600 and 121,300 physicians by 2030, according to a 2018 study, “The Complexities of Physician Supply and Demand: Projections from 2016-2030,” published by the Association of American Medical Colleges. Due to the growth of the profession, osteopathic medicine is poised to play an important role in meeting this growing need for physicians and increasing access to health care nationwide. According to the American Osteopathic Association’s 2017 Osteopathic Medical Profession Report osteopathic medicine is one of the fastest-growing health care professions in the country; the number of doctors of osteopathic medicine has increased by sixty-eight percent over the last decade.

According to “Complementary and Alternative Medicine Use Among Adults and Children: United States,” published in 2007 by the Centers for Disease Control and Prevention (CDC), about one-third of the U.S. population was utilizing complementary and alternative medicine at that time. This number indicated that a significant and growing number of the population was dissatisfied with traditional mainstream medicine and seeking alternatives. “While osteopathic medicine is not ‘alternative medicine’ it is the best ‘mainstream alternative’ consisting of a growing database of evidence-based osteopathic medicine that combines the best of traditional medical care with osteopathic philosophy and research,” said Dr. Danto. Osteopathic medicine’s growth could be seen as patient-driven by both the need to address the physician shortage and the need for holistically-minded physicians.

To meet this demand, osteopathic medical schools are growing to assist with increasing the number of physicians; over the past five years, more than fifteen colleges or branch campuses have opened. Among them is Kansas City University of Medicine and Biosciences (KCU) second campus in Joplin, Missouri.

In particular, rural areas are facing a lack of physicians, and the osteopathic medical profession can assist in addressing this shortage. Many osteopathic medical school locations—including KCU-Joplin—are purposefully located in rural areas with the intent of increasing the likelihood that students will stay in these areas after graduation. Further, over the past three years, more than a third of osteopathic medical school graduates have indicated they plan to practice in a rural or underserved area, according to the “2016-17 Graduating Seniors Survey Summary Report” from the American Association of Colleges of Osteopathic Medicine.

Osteopathy is growing across the globe as well. “Osteopathy and Osteopathic Medicine: A Global View of Practice, Patients, Education and the Contribution to Healthcare Delivery,” a 2013 report published by the Osteopathic International Alliance found that the osteopathic profession is now established in more than 50 countries. However, the osteopathic profession abroad is unique in that international osteopathic practitioners are not physicians as they are in the U.S. Instead, they are trained primarily in osteopathic manipulative medicine techniques, do not perform surgeries and do not prescribe medications.

Dr. Danto has visited countries such as Canada and Japan to give presentations about osteopathic medicine and learn about the practice of osteopathy in other countries. “I love osteopathic medicine—it’s a great approach,” said Dr. Danto. “I speak about it across the U.S. and internationally as a way of paying back the profession for what it’s done for me and my patients.”