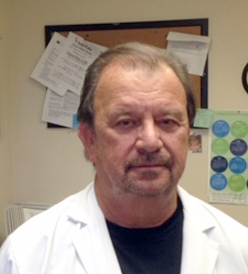 Dr. Gerald Garwood graduated from KCCOS in 1969. He taught at KCCMO in family practice, internal medicine and oncology. He has been married for 32 years and has three children active in Kansas City. His daughter is a graduate of KU Med and is a child psychologist. One son is a local lawyer and one son is a computer designer. Dr. Garwood lives in North Kansas City and spends time between telemedicine (MDLIVE), and being a hospitalist. He holds state licenses in Missouri, Kansas, Montana, Ohio, Nebraska, Nevada and Texas. He is a past board member of Lee’s Summit Hospital and a recipient of the State of Missouri Congressional Award.
Read Dr. Garwood's CV/Resume 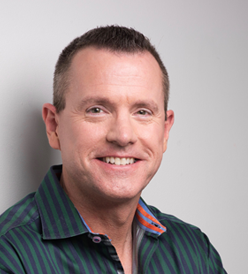 Dr. Ron Holt is a board-certified psychiatrist, motivational speaker, author, and facilitator. He is the co-author of a book and several adult coloring books focusing on LGBTQ+ mental health and wellness. Last year he released an adult coloring book called Coloring Book for Healers, intent on helping physician and medical student burnout through coloring and meditation. In addition to being a SFSU psychiatrist in San Francisco, Dr. Holt travels the country speaking at numerous venues about the importance of diversity and inclusion with a particular emphasis on the importance of LGBTQ+ health equity. He has presented to more than1,200 physicians on how to provide culturally competent care to the LGBTQ+ community, including presenting to several DO schools in 2019. He has been active on the KCU’s campus over the past decade giving talks to students, faculty and administration.
Read Dr. Holt's CV/Resume 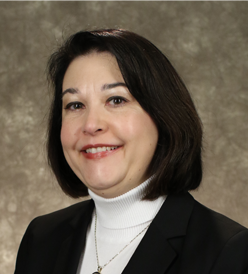 Dr. Sarah Hon is a native of Kansas City who upon graduating from KCU, in 1993, completed a preliminary year of Internal Medicine at the University of Missouri Kansas City Affiliated Hospitals: Truman Medical Center and St. Luke’s Hospital. She then completed a neurology residency in 1997 at the University of Kansas, where she served as Chief Resident. She continues to be a senior partner with Meritas Health Neurology (formerly Northland Neurological Associates) in North Kansas City, Missouri, where she has been employed since 1998. Dr. Hon is particularly interested in epilepsy patients in the community and is board certified in epilepsy as well as general neurology by the American Board of Psychiatry and Neurology. She has advocated for projects in the regional epilepsy community, including the establishment of the Kansas City Epilepsy Society in 2017 and participates regularly in advocacy work for the American Academy of Neurology, visiting legislators on and off Capitol Hill. She continues to be passionate about teaching and has lectured and taken students on rotation in her practice for more than 20 years. She holds two academic positions: Associate Professor and Chair, Division of Neurology, Department of Specialty Medicine, at KCU and Clinical Associate Professor. Dr. Nathan Knackstedt attended Kansas City University where he received his Doctor of Osteopathic Medicine in 2001. Dr. Knackstedt is currently an Internal Medicine provider in Hoisington, Kansas at Clara Barton Hospital &Clinics. He is the director of both the emergency and therapy departments and also previously served as the Chief of Staff. Dr. Knackstedt is a member of the American Osteopathic Association and the Kansas Association of Osteopathic Medicine, in which he was President from 2016-2017.
Read Dr. Hon's CV/Resume 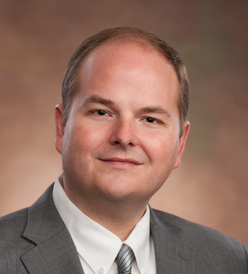 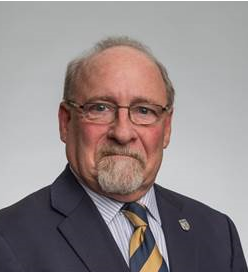 Dr. Patrick Leary was honored by KCU to give the commencement speech for the class of 1998. In his remarks, he mentioned how pleased he was that they chose him to be a student at KCCOM. Twenty five years ago, he was elected to the Board of the Clay County Health Department and helped Dr. John Strosnider establish an outpatient clinic and teaching facility in Liberty, Missouri. His ten years as team physician at the University of Notre Dame gave him the experience and expertise to expand on his family medicine background and bring sports osteopathy to South Bend. He is a recent past president of the national sports medicine specialty college (AOASM);trained, certified and recertified in Family Medicine, Sports Medicine and Geriatrics. As a Sports Medicine Program Director at LECOM, he has trained twenty three fellows in the last ten years, while obtaining a Master of Science in Medical Education.
Read Dr. Leary's CV/Resume 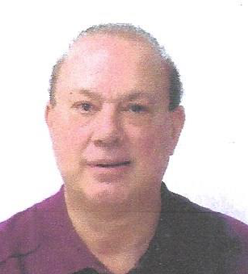 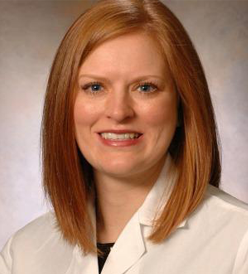 Dr. Nancy Stewart is completing a sleep medicine fellowship at University of Nebraska and will be joining the faculty at the University of Kansas Medical Center in Kansas City, KS as an Assistant Professor of Pulmonary, Critical Care and Sleep Medicine. She recently graduated with her Master’s in Public Health Studies from University of Chicago. Prior to her sleep fellowship, she completed a Pulmonary/Critical Care fellowship at Creighton University and prior to that completed both a Hospitalist Scholars Fellowship and a Medical Education fellowship at the University of Chicago following Internal Medicine training. It was during her Hospitalist Scholars and Medical Education fellowships that she was able to pursue research training and developed an interest in sleep of the hospitalized patient. Dr. Stewart’s area of research is in sleep disorders in patients with lung disease. She currently serve on various national platforms including the ACGME Milestones 2.0 Working Group for Pulmonary/Critical Care, American Thoracic Society Section of Medical Education, and Sleep Research Society Trainee Education Advisory Committee, as well as a reviewer for Journal of Hospital Medicine, Journal of the American Osteopathic Association, Journal of General Internal Medicine, and American Journal of Respiratory and Critical Care Medicine.
Read Dr. Stewart's CV/Resume

Dr. LeRoy Wombold has been in the practice of surgical medicine for the past 30 years. Most of his time has been in the state of Missouri teaching medical students. He is an active leader in his new position in Payson Arizona. Dr. Wombold is well versed in surgery and wound care. A strong alumnus only aids our school to graduate good doctors. He would appreciate your vote.
Read Dr. Wombold's CV/Resume